I’ve come to the realization that for me, women have always been my worst critics. I’ve always been on the receiving end of their opinions on what a woman’s body should look like and mine never seemed to fit within their narrative. I’ve always been slim, with a high metabolism and it came to a point where I began to look at myself as being less than because of it.

I guess it’s true what they say..humans always lean towards the negative.

The fact that shaming women based on their bodies is a whole different ball game for skinny women. There is no recourse for someone pointing out your body frame in a conference meeting at work, it isn’t unacceptable for someone to tell you that “you need to eat a burger” while in a public setting, and the most infuriating comment made is when someone blatantly asks if your anorexic or suffer from an eating disorder. In the past my response was usually to smile and correct them politely, trying my best to deflect and somehow change the topic (I hate being the center of attention) but I began to see that if I didn’t nip this in the bud, their behaviour would continue to be acceptable and that I would have to bear the burden of accepting that. 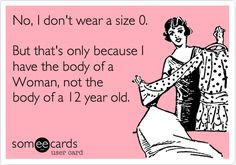 There were way too many situations where I looked at campaigns that advertised “real women” while actively overlooking their smaller models. I mean how can you scream ‘body acceptance for all’ and not include all bodies? It started to become ridiculous and extremely agitating. I was actively rolling my eyes at every compliment I’d received from the man in my life because I was so caught up in trying to prove myself to the outside world, by eating an insane amount of food until I felt sick. I got to a point where I had enough of trying to please the outside world. If there wasn’t going to be a cause that actively included me, I’d have to create my own.

I began to tell myself that  I am a woman, I’m a beautiful, thriving, young woman whose every curve (albeit small) is a curve worthy of love and admiration. I began to appreciate all that my body had endured.

What drastically aided in the appreciation of my body was my journey through motherhood. The process of growing, stretching, giving birth to human life is something that my body endured. This body of mine allowed me to carry and give life to something so beautiful, it allowed me to recover from the physical exhaustion of childbirth and the mental toll it took on me. So, when I look at my body,I no longer cling to every word of ridicule and judgement I’ve heard from others, I’ll remember that this body has carried me through my darkest hours and has given me a perfect gift. 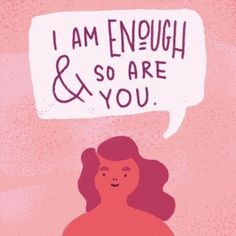 I hope we all can take a moment to appreciate our bodies. It isn’t always easy, and the ridicule is often hard to take. But be proud of your body, remember that you were created with no mistakes. It won’t always be easy to appreciate all that you are and It’s ok to have an off day. It’s also ok to want to lead a healthier path as well, whether that leads you to a smaller or a bigger version of yourself.  It’s ok to want to better yourself and your self-image but never let another make you feel like you aren’t worthy.

Remember you are beautiful, in any form.

Share your experiences and how you overcame it below

3 thoughts on “Body Image and Self love”